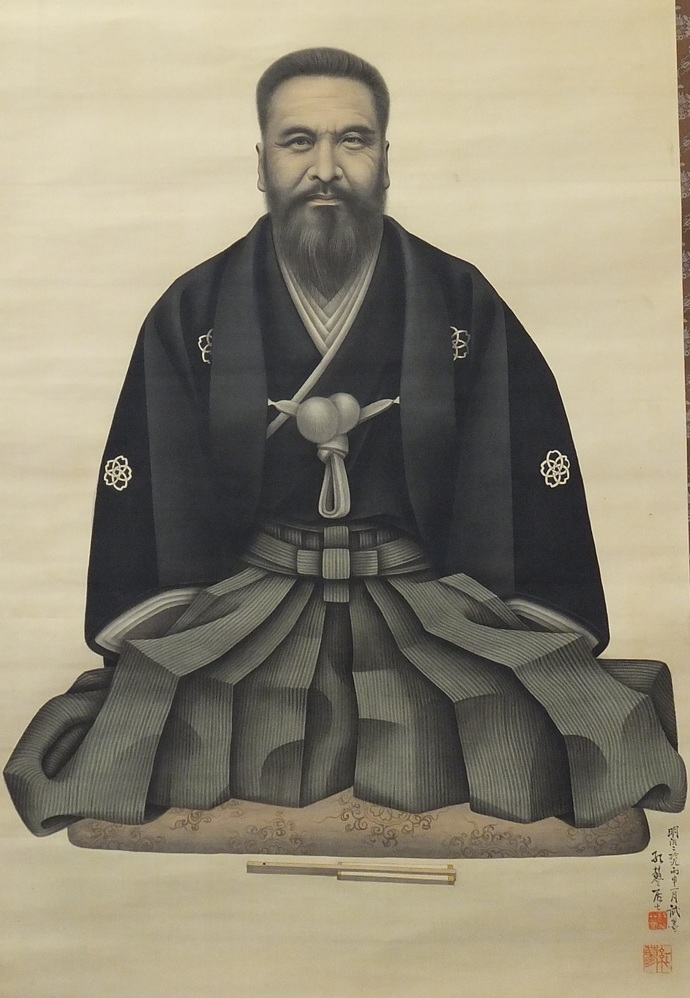 Ota Kosaburo contributed to modernizing the town of Ise.

He was born in 1845 on Mount Hiko in the Buzen Province, Tagawa District (an area that covered present-day eastern Fukuoka and northern Oita), as the third son of Takaba Juichiro.

In 1872, he moved to Yamada in Ise, where he was adopted by the Ota family who ran a brothel called “Bizenya” in Furuichi.

Afterwards, as the Meiji government was establishing a shrine system with Ise Jingu at the top, Kosaburo, who had become the last owner of Bizenya, founded a private organization in 1886 named “Shinenkai” with the aim of improving the area around the shrine.

Kosaburo also worked as a businessman. In 1890, he founded the Sangu Railway Company and constructed a railroad from Tsu to Yamada. He contributed greatly to Ise’s modernization through efforts in electric power development and financial enhancement by founding Miyagawa Electric Company (later known as Mie Electric Limited Liability Company) and Yamada Bank.

He passed away on September 5, 1916, at the age of 71. In 1935, the Ota Kosaburo memorial monument behind this guide sign was erected by volunteers in praise of his achievements.

July 2019 Ise City Board of Education